Looking at the sixteen teams left in the FA Cup this year, it's a surprise to see both Sheffield Clubs still doing the business, but just to prove fact isn't always stranger than fiction...

Why not check out these Football Macabre Horror Comics, it's 'Roy of the Rovers' meets 'CSI' in the 'Twilight Zone'

The Sheffield United version of the comic is available to download in two 33 page parts to read on your smartphone, tablet, PC, or android device from the websites listed below, priced around £1.30.

Both the SUFC and SWFC £2.50 Graphic Novel versions with 66 pages is available on CDRom from several Sheffield shops, Rare and Racey on Devonshire Green, Blackwells on Mappin Steet, Broomhill's Galaxy 4 and Record Collector, plus the Sheffield Space Centre on the Wicker. 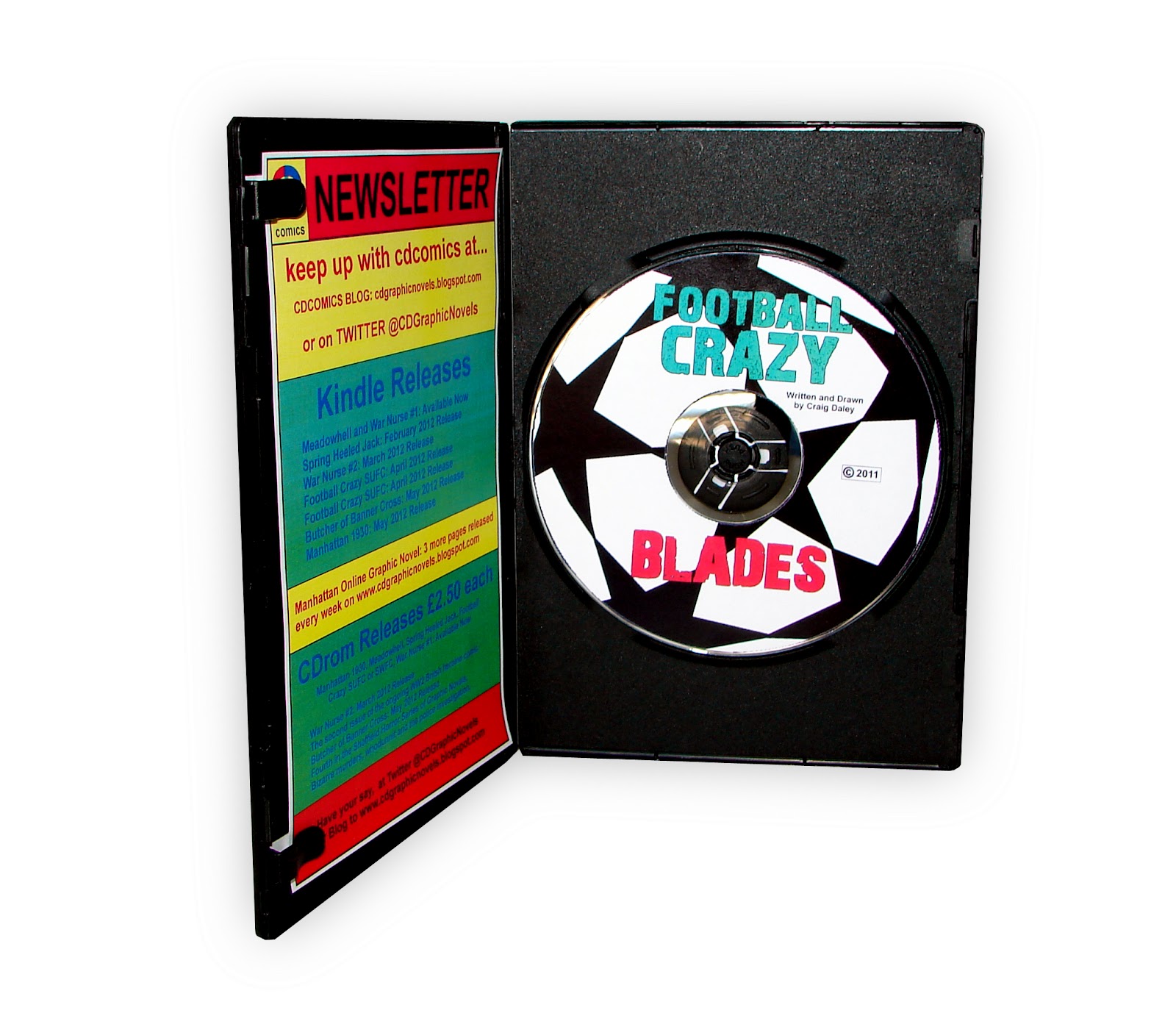 Review Extract
US Reviewer Omnicomics said
"Daley's writing is strong. He's crafted a story that feels like an episode of television crime drama. It read and felt very much like an episode of BBC's Luther, the acclaimed detective drama. The way the story unfolds makes it difficult to predict. It's not one where halfway through you know who did it, why they did it and how. It's only at the end that everything comes together and Daley even uses character expository for the purpose of tying it all up in a neat little package."