Nottingham has long held claim to the ownership of the Robin Hood legend, but early historical references have Robin coming from the village of Loxley. Loxley is now a district within Sheffield's city boundaries and is just east of Hillsborough. Sheffield's claim is also supported by historical documents linking Little John to Barnsley, that borders Sheffield to the North.

CDComics previously reclaimed the Victorian bogeyman, Spring Heeled Jack from the Penny Dreadfuls of London and with the release of Robin Hood 2020 are reclaiming the outlaw who steals from the rich to give to the poor and have set the narrative just seven years into a dystopian future. 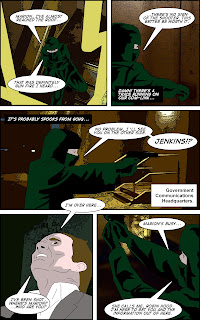 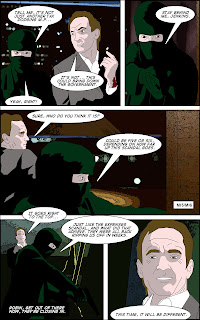 Robin Hood 2020 is available to download from the various websites listed below, priced around $1.99/£1.50UK or Euro equivalent and is a 32 page full colour first issue of an ongoing title from CDComics.

Robin Hood 2020 is also available locally on CDrom with JPEG and PDF versions of this first issue packaged in a slimline DVD case with a wrap around cover priced £2.50 from the following shops.

Sheffield Space Centre on the Wicker, Broomhill's Galaxy 4 and Record Collector, Rare and Racey on Devonshire Green, Blackwells on Mappin Street, the Funhouse in Woodseats and the Front Counter of the Sheffield Star on York Street.