That's six titles set in Sheffield, plus Eyam, Manhattan 1930 and War Nurse. Graphic Novels/Comics on CDRom and below is CDComics new poster for retailers.

The Graphic Novels/Comics are available locally from the following shops:

and now Books on the Park (opposite Endcliffe Park)

The labelled CDroms with JPEG and PDF versions of the comic books
are packaged in slimline DVD cases with wrap around covers. 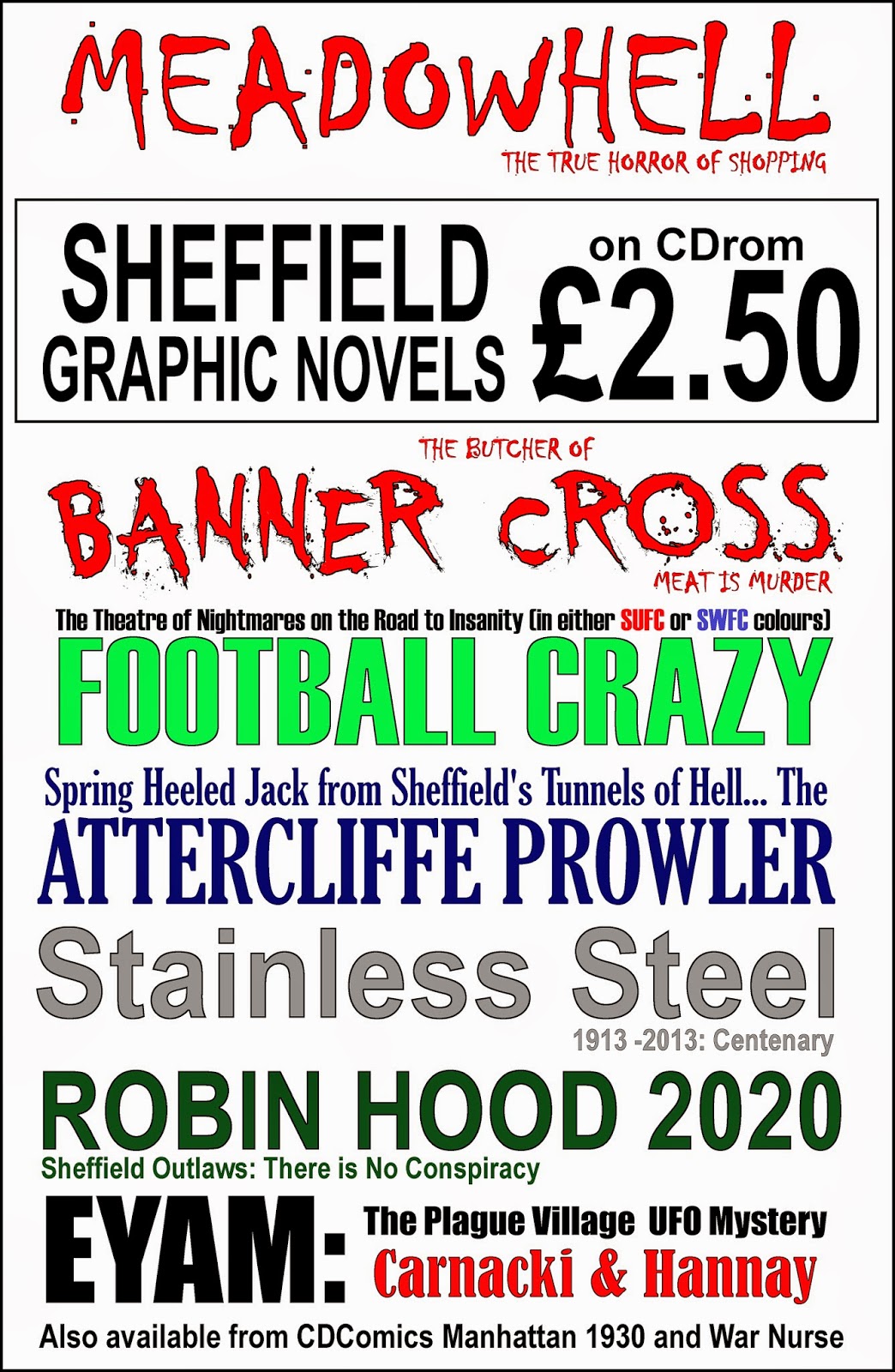 "It’s rare that a comic completely catches me off guard. With this series though, I was caught off guard completely when I read it, so much so that I leaned back in my chair and was like, “Damn… you got ” around half way through the second issue when the bomb is dropped on you... I was blown away." Comic $astards, US Reviewer gave it 5 out of 5

"Daley’s unique, dry wit is the highlight of his writing. He may write great stories, but when it comes to the closing pages, there’s no one else to compare. CD Comics output has been nothing but a treat to read, with Meadowhell being no exception. Another cult gem." Horror Cult Films Reviewer

"So much work goes into giving a realistic bend to his comics that it really sets them apart from others which just do not have the same level of crazy detail... I was really drawn into this world, desperate to find out just what was going on." Rotting Zombie UK Reviewer gave it 8 out of 10

Don't worry, if you're not living or visting Sheffield, CDComics are also available to download from the following websites online: