Before the Wright Brothers achieved sustained heavier than air controlled powered flight at Kitty Hawk in 1903 and the German Government announced a scheduled derigible airship service across Europe in 1909, there were two newspaper articles in 1896 and 1897 from Sacramento and Appleton, Wisconsin that reported man had already achieved heavier than air powered flight. 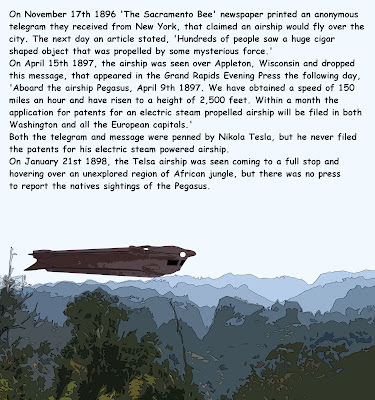